Living in the Shadow of a Wonder. For You Are Here Stories. 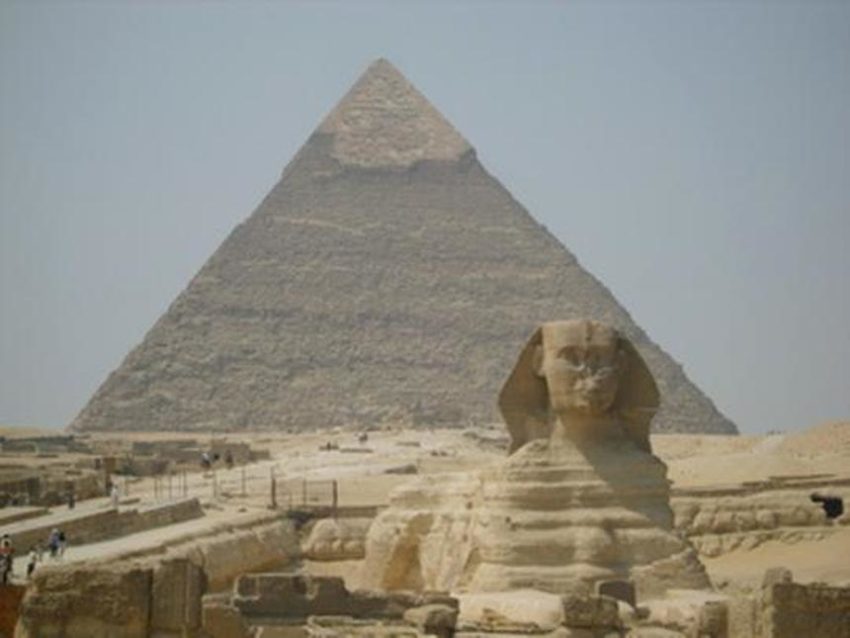 I was impressed by the monumental size of the stones, the mystery of how the ancients could build something so incredible.  The sheer novelty of being next to such famous structures. But I tried to play it cool. We weren’t tourists; we had come to plant our lives in the Middle East.

We moved to Cairo at the end of summer with the heat still blazing down on us. We trekked through the unfamiliar streets to find grocery stores and vegetable stands, bakeries and shawarma stalls. We made at least four stops to get everything we needed for the week. Just running normal errands took every bit of effort my husband and I had as we explored our new city. Between the exhaustion from the heat and the mental strain of navigating life in a strange city, in a language we couldn’t yet understand — we were spent.

When friends offered to take us to the Pyramids, about half an hour from our new home, we welcomed the break from all of the practicalities.

Every photo I’d ever seen of the Pyramids showed these mammoth wonders of the world against a backdrop of breathtaking desert and not much else. Perhaps a camel or tourists looking like they were the size of ants would dot the base. But in pictures you get the impression that the Pyramids sit in the middle of an endless desert.

When we first spotted the famous landmarks, the peaks coming into view through the haze that seemed to hang in the air, every notion I had about the Pyramids changed.

Our car wove in and out of traffic. The honks were just friendly reminders that each car had to fight for space on the bumpy roads that transported twenty million people through the city. We rounded a bend and there they were—not in the middle of the desert but right in the heart of the bustling city. All those magnificent photos that are so famous are shot from the front of the Pyramids, with the Sphinx at the base.

But look from another angle and you will glimpse the complexities of life in this land—the ancient and the modern side by side. Wonders of the ancient world sit right next to the Pizza Hut…

Living in the shadow of the pyramids changed the way I view noticing, being present, and loving the place where you are. Today I am over at You Are Here Stories joining with their amazing authors to write about this iconic place I got to call home for a time. Join me there.