We’ll Get There Eventually. For SheLoves Magazine. 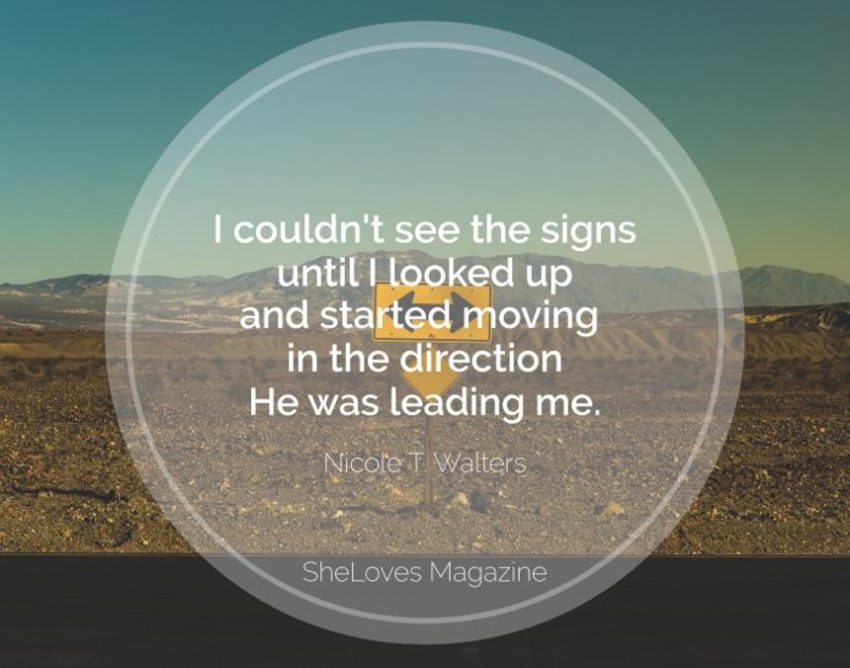 A person plans his course, but the Lord directs his steps – Proverbs 16.9

Our little suburb is undergoing some serious growing pains lately. We have had an influx of new businesses and homes and that means a lot of delays in getting where you need to go. As roadwork has become a normal occurrence and traffic has increased, you have to leave earlier to get where you’re going than you used to. I’ve just become accustomed to expecting delays.

This week as I came to yet another halt near my home there were flashing signs warning of a detour, a road up ahead closed for the day. It wasn’t just a delay but a complete change of direction. The way ahead wasn’t clear anymore. If you wanted to get where you were headed, you had to follow the signs guiding you, trusting they would take you to your destination eventually.

The delays and diversions all around me have me thinking about how I am no stranger to changes of course in my life.

In college I changed my major three times as God continued to narrow down the dreams He had for me to pursue. Each new dream meant the death of an old one.

Expect delays up ahead.

I left relationships behind to follow what He was saying, moved away from home, pursued more school, and readied myself for the job overseas I thought was the fulfillment of my dream.
Then this handsome face from my past who had previously just been a friend reappeared.

We started a life together and God gave us a new dream. Our roots as a family had barely begun to settle into the earth when we pulled them up and moved to the Middle East. We felt like we were thriving there, coasting ahead. Then, we started to see red lights ahead of us again.

Within six months we found ourselves back in our old apartment in the states. Family issues had arisen and we knew our place was back home for this season.

I won’t lie and say each change of direction was easy, that all roads are equal. Some left me reeling, questioning if I’d heard God correctly. It took years before I understood why we had to give up our dreams after such a short time and return home.

When our course is abruptly redirected or stopped altogether, it can be jarring. But we aren’t left alone. If we will keep our eyes on the path ahead we will see that there are signs leading us on…

Today you will find me writing at Sheloves magazine abut finding our way amidst the detours of life. JOIN ME THERE…