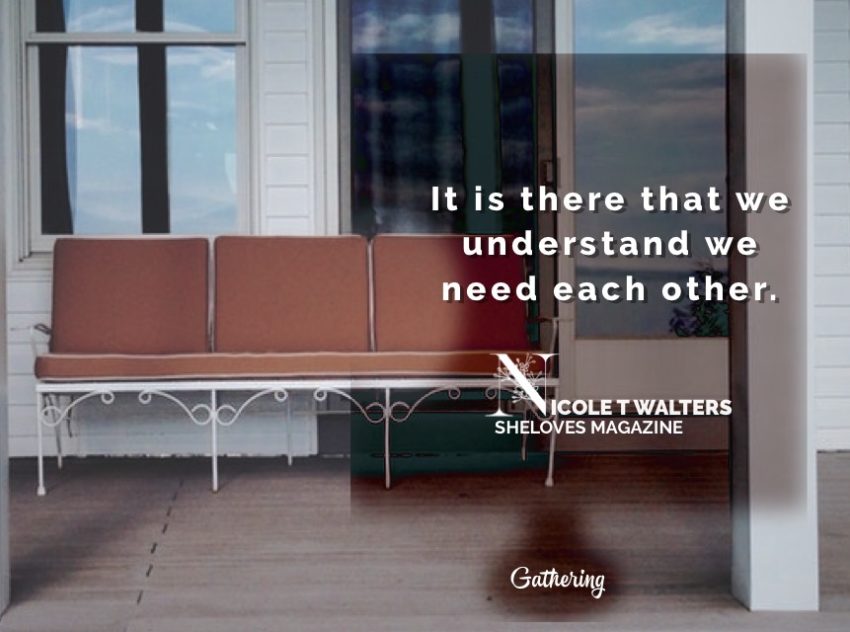 It was the holiday God had given us though…

I’m Listening: how do you find gratitude in dark times? in the unexpected? how can you practice gathering/community in ways that will bring light into the darkness?