Some Things Will Always Remain

We call them the kissing trees. Today they are featured in the middle of the open yard, the only two hardwoods still reaching for the sky after the whole acre has been cleared. They weren’t always so noticeable. Their bases used to be surrounded by brambles and weeds, their tops crowded out by less hardy but more demanding pines.

It’s why they lean so—they had to curve around the stingy evergreens to find the sun. They aren’t perfect; in fact, they’re quite awkward. There are dead limbs hanging off of one that need to be trimmed. Their growth is uneven. But we couldn’t let them go when we cut the rest down to make way for pasture. They’d fought so hard for their place here...like we did—Sadie and me. 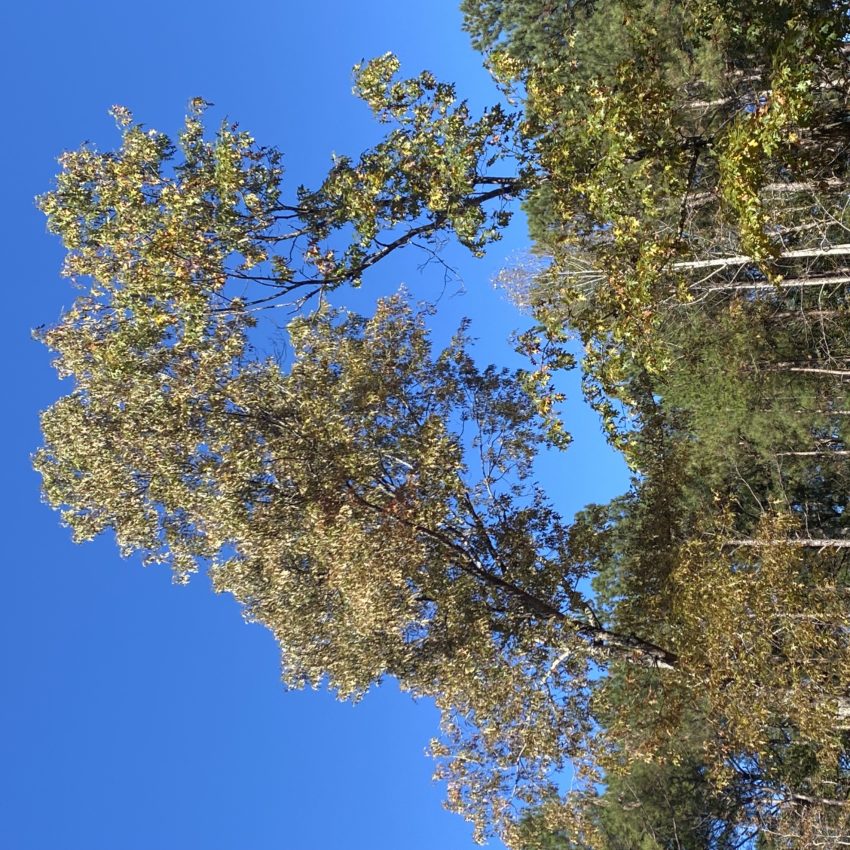 Sadie bought this land and well-worn house before she turned 18, the promise of a bright future, even if it was going to take a little work. We were young, optimistic best friends with barely any life behind us and we thought we knew something of the world. We were wrong. But Sadie was right about buying this house. It has gone through as many changes as our lives have. It’s constantly under renovation, an ever-present reminder of how our lives are renovations, too. The other thing we she was right about is that we’d be friends forever.

Over two decades later we’ve weathered our shares of brambles, weeds, demanding circumstances, and uneven places of growth. Individually and as friends. We met at only 14. It was a decade later when I moved into the basement apartment of her house, thinking it would be for a short time. All in all, over the course of three times of moving out and back in, I've spent eight of the last sixteen years living on the same property as my best friend, watching our lives bend toward each others in irrevocable ways.

Our families have grown and changed and we’ve both left this house and returned to it. It’s seen our two families collectively through a divorce, death of loved ones, chronic illness, loss of jobs, recovering relationships with long-lost parents, losing relationships with long-loved friends, and so much more. It’s been witness to movie nights and bonfires, egg hunts and prime rib dinners, and more laughter than these walls can contain.

This week Sadie took scrap wood from under the shed and cut it down into boards for a new farmhouse dining table. She brushed away mold and rot, a spider web or two. They were tossed there a year ago when we pried them up to pour concrete for a porch. For over ten years they had supported the weight of those who came and went from the basement apartment.

When we brought our firstborn home from the hospital, we only had a gravel drive and dirt entrance outside the lower level of the house where Lee and I lived. We spent a lot of time out there though as Sadie’s back porch steps met our front entrance.

Lee spent the first week of Nadia’s life building that porch where we later hung her first swing. That yard is where we sat late into the night with Sadie and Ben watching the fire die, where the kids played and we laughed at the five dogs between us chasing each other. It is where we shared cups of coffee every morning when we were each other’s only “bubble” members as we weathered the lonely Covid pandemic. It was the center of our collective lives.

That cast aside wood is becoming the top boards of the table we will take with us when we move this week into our new home less than ten minutes away. Ten minutes between our two families, instead of just a staircase and a yard. That life we built here is changing again, as all good things must do. We know it is for the best. It is the space we need to allow our families to grow and become what they should be. But every new season carries with it a grief we can’t always name. Every new season comes with the death of the season before it.

New seasons begin and the landscape changes, but some things will always remain: the strongest trees that learn to bend toward life when the odds are against them; houses with good bones that hold generations of stories within their walls;  the ties that bind friends into a kind of family that cannot be broken.