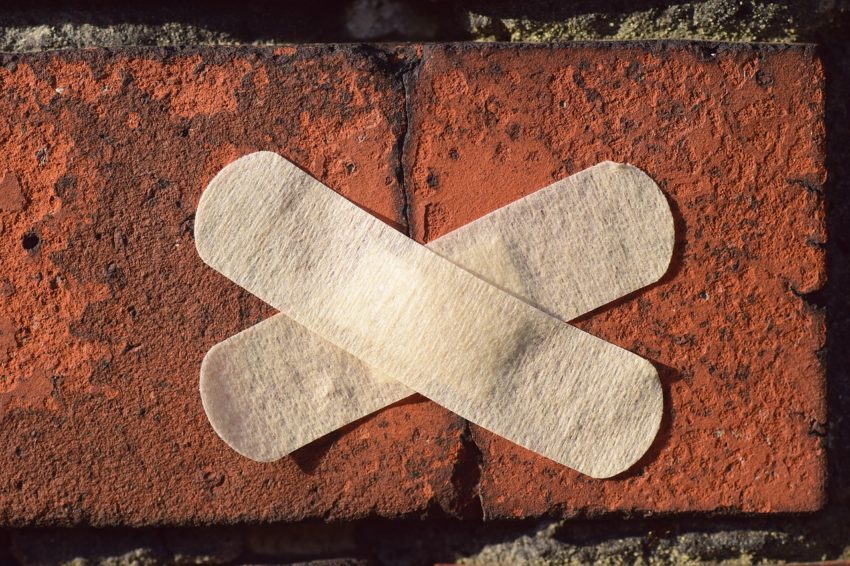 We like our warriors a little wounded, flawed. It makes for a more interesting story when the hero has to overcome their demons to win the day. Wonder Woman goes on despite her broken heart and disillusionment. Odysseus had to deal with his hubris to complete his journey. Paul continued his ministry, never rid of the thorn in his side.

For a writer, this is Storytelling 101. Your protagonist should have a blemish that makes him relatable. As our own stories unfold, though, we want to glide through the battle unscathed. We think that our wounds disqualify us. We can’t let anyone see our flaws or they wouldn’t believe we are competent.

I was fresh out of my first big battle with anxiety when I interviewed for a role that eventually took me to live overseas. I talked about my coping mechanisms and downplayed my pain. I didn’t understand anxiety’s grip on me then, the way the dark worry would wrap it’s tendrils around my heart over and over again like a monster lurking in the depths for its unsuspecting victim. But still I knew that I needed to gloss over these issues if I wanted to appear capable.

A decade later we have come a long way in our collective conversations of mental illness but still I feel apprehensive every time I tell a piece of my story. I have learned the art of smiling and saying “I’m okay” when my insides feel as if the sea beast is squeezing them until they turn to dust. I know all the typical responses that will be offered, down to the Scripture verses people will quote. I know those who will insist I pray harder or those who will suggest medicine at the first anxious thought.

In some recent quiet moments amidst the ongoing war, I had retreated to tend my wounds. I was listening to the prayers of others when I couldn’t find any words of my own. These words from an examen offered on the Pray As You Go app became a salve I daily applied to the hurt:

“You love me as I am. You touch my life with healing. You call me to bear fruit. I give my wounded self to you to be a channel of healing to others, to be a wounded healer with Christ who died, and rose, and comes again.”

I started to realize that my wounds don’t disqualify me and that my scars make me like the Wounded Healer I follow every day of my life.

When Jesus arrived in Israel, even those closest to him wanted him to be something he was not. His followers were expecting the Son of David to come in fury, to throw off the yoke of the Roman Empire. They wanted a warrior King; they got a suffering Savior. They put their hands in his wounds and then watched him ascend, victorious over death.

I started to realize that not only do my wounds not disqualify me, but also my scars make me distinctly able to be a healer to others who struggle as I do. When I started talking about my anxiety and depression there were whispers, however they were not the kind I expected. I was met with the quiet admissions of “me too.” Others trusted their stories to me and we realized our wounds looked the same...

I'm at SheLoves Magazine today with a call to no longer be whitewashed warriors who appear to breeze through life without a hair out of place but to be sisters and brothers who link arms and carry each other through the fray. Join me?

The Battle for Belonging. For the Mudroom. 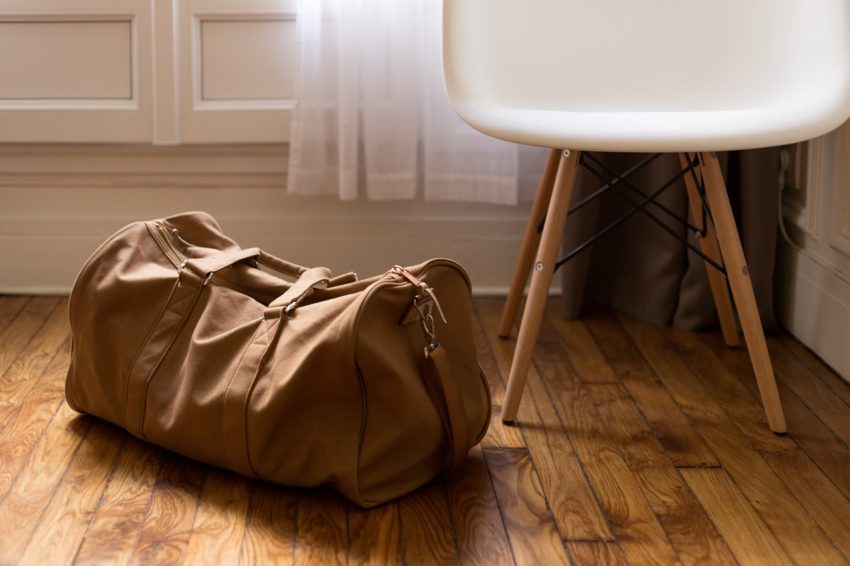 At night these mostly bare walls with fresh paint echo more than they used to, bouncing each memory of the past six years back through my unquiet mind. The crickets and tree frogs sing a melody that is as commonplace to me here as the call to prayer and honking cars was when we lived in the Middle East. I haven’t stopped to notice it in a long time but in these still moments it is blaring in my ears, reminding me of all we are leaving behind.

A long-held dream is possibly just weeks away (the nature of overseas moves is always a little uncertain as we wait on visas and funding and a house to sell). I keep myself busy every waking hour but not just because my list of tasks to accomplish is long. If I sit in the quiet too long, the conflict inside begins to rage.

I see it in my daughter too, her sweet eyes filling up with tears when she asks for another doll accessory and I remind her we have to be selective in what we buy as we’ll only have so much room in the two suitcases each that will carry all our belongings with us to South Asia. We’re giving up a lot of things, sure. But what about the experiences, the people, the opportunities that we are leaving behind? I know the truth—that we will gain as much as we lose. My heart doesn’t always believe it though.

For sixteen years now this dream of living overseas has tumbled around inside of me. Fueled by five international trips in the past three years, fed by the stories we’ve heard from our refugee friends nearby, the dream has only grown. My husband had the seeds planted in his life early too when his parents hosted international workers in their home. The stories of faraway lands seemed otherworldly to an eight-year-old boy but the fire was ignited just the same. We’ve been working towards this for years.

Last month every event seemed to be a last one. We didn’t make a big deal of it to the kids, didn’t want each day to be colored by, “oh, this is your last dance recital and tomorrow is your last Independence Day parade and next week is your last time to that friend’s house!” After a beautiful week with our best friends at the beach house where we have vacationed every summer for eleven years now, we made the long walk to our cars. It’s always hard to say goodbye to them because we live states apart anyway.

The pain didn’t grip me though until the moment I wrapped my arms around my friend to say goodbye. We knew each other when we were just foolish college kids. Life hasn’t turned out like we thought it would. In most ways it is so much better than we imagined though some realities are harder than we dreamed. I kissed her two precious girls goodbye, feeling like I was placing my own children in their car seats. I  lingered a moment to whisper  “I love you” to the little boy growing in her belly knowing I won’t get to hold him when he’s still tiny. He will be born a month after we leave. The ache claws at the back of my throat and I can’t look at her with the tears burning my eyes, so I quickly turn away...

Have you ever felt you are missing something, known that aching for home, for something more? Me too. Find out why I think we will all forever fight the battle for belonging...

January 18, 2017 Diversity and global voices, The Intersection of Faith and Justice 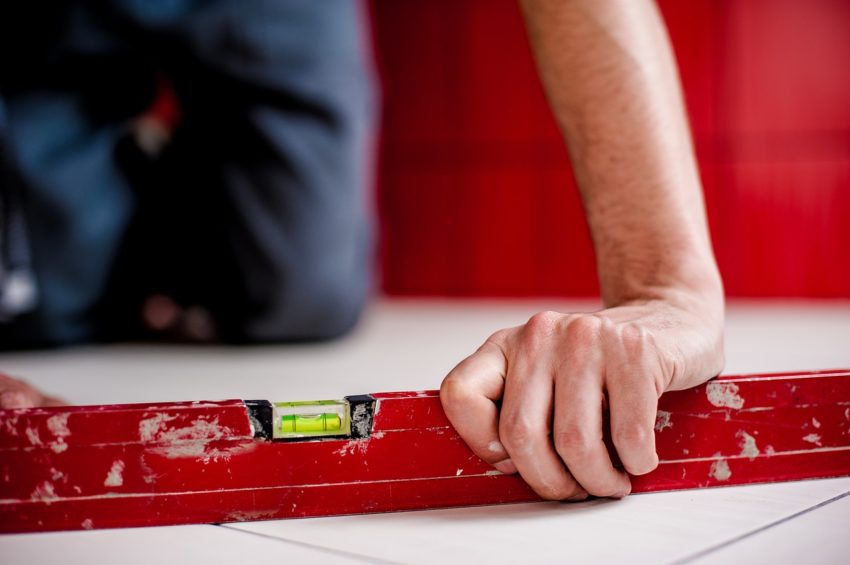 I’ve been thinking about those prayers a lot these days, revisiting that facebook page to read the prayers and learn how to live them. We stand at the precipice of a change in our country that threatens to further divide us. So much fear swirls around the unknown ahead...

In the divisions, anger, and unknown - how do we stay and fight? How do we find unity? Join me at The Mudroom and let's charge into battle together.